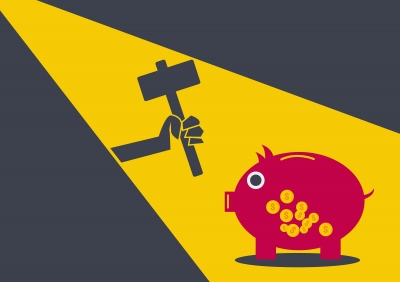 When was the last time someone ever forced you to take money out of your savings account to use for yourself?

That may sound crazy, but that’s exactly what the IRS does eventually with your 401k and other retirement accounts.  Commonly known as a “reverse holdup”, a 401k RMD (which stands for “reverse minimum distribution”) is when the government requires you to start making withdraws from your 401k account, typically starting at age 70-1/2.

The reason they want you do this is simple: They want to start collecting the taxes on the money you’ve been sheltering from them all these years.  Remember that with a traditional 401k you avoided paying taxes when you contributed to the fund and also didn’t have to pay taxes on the money as it grew.  RMD’s are a way of making sure citizens don’t horde their money forever and never pay taxes on them.

Take the RMD or You’ll Face a BIG Penalty!

It’s very important to comply with RMD’s.  If you fail to take out the proper amount, you’ll pay a whopping 50% Federal tax on the difference between the amount you were supposed to withdraw and how much you actually did withdraw.  PLUS you’ll still have to take out the difference and pay ordinary income taxes on the full amount.

Taking out RMD’s is your responsibility.  Neither your 401k plan administrator or the financial institution that holds your 401k will be held liable if you fail to comply.

How Much Do I Have to Withdraw?

RMD’s are calculated using Life Expectancy tables found in the IRS Publication 590-B.  Basically the way this works is to take the amount of your 401k and divide it by the Life Expectancy Factor.  You are then expected to take out greater than or equal to this amount. 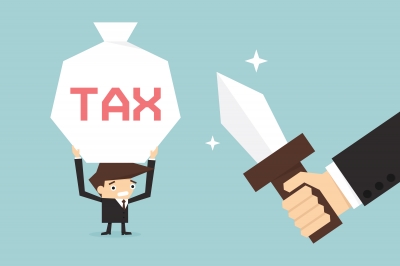 You can take out more money than the RMD if you wish, but keep in mind that the excess amounts you take out won’t count towards the next year.  The following year you’ll have to do the calculation again and meet the minimum distribution standard.

When it comes to 401k plans, you have to take out an RMD from each separate 401k you have.  Keep in mind this is different from IRA RMD’s.  With IRA’s you’re allowed to add up all your qualified IRA’s and then just take one big RMD from one account based on the aggregate amount.

401k RMD’s apply to both traditional and Roth 401k plans.  This is a very important distinction to recognize because RMD’s for IRA’s only apply to traditional style accounts and not to Roth IRA’s.  It’s one of the more counter-intuitive differences between 401k and IRA plans.

Despite whether you need the money from your 401k, you still have to take out your RMD.  This leaves you with the option to either simply spend the money, give it away, or continue saving it.

Unfortunately you cannot roll a 401k RMD into another tax-sheltered account like an IRA.  You’d instead have to put it in a taxable account such as a savings, money market, or brokerage fund.   Given the current lower tax rate rates on capital gains and dividends, keeping your money parked in a brokerage fund may not be a bad alternative from a tax stand-point.

For example: If you’re still working at age 75 and then decide that year to retire, you can wait to take your first RMD by April 1st of the following year (the year you turn 76).  Keep in mind that all subsequent RMD’s will have to be made before December 31 of that year, including Year 2 even if you opted to wait until April 1st for your first 401k RMD.