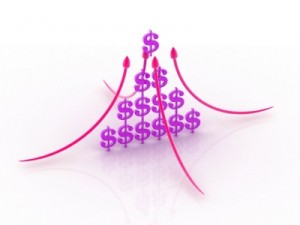 Even though they may appear similar, the amount of money you can effectively contribute to a traditional vs Roth 401k can be quite different.  The IRS states that you are allowed to contribute up to $17,500 to one account or the other each year.  But when you take a closer look and consider how taxes influence those contributions, you’ll discover that there are benefits in using the Roth over the traditional.

As you probably know, the major difference between a Roth vs traditional 401k is this:

So if we assume that you’ll be in the same tax bracket later as your are now, then there doesn’t really seem to be a lot of difference on the surface.  But let’s illustrate how you can actually save more with the Roth 401k.

For simplicity, let’s assume we have two employees: A and B.

So how will Employee B end up contributing more to his 401k plan than employee A?

So we start by saying that after taxes right now each person contributes the full IRS amount:

But wait: We still have to pay taxes some time on our Roth 401k.  So let’s go back to “now” and look at what happens when we actually contribute money into our accounts.

Before the money goes into our Roth 401k, it gets taxed.  But in the traditional 401k case, no taxes are taken out.

Therefore, you are effective contributing more to your Roth 401k than you would with the Traditional 401k.  That means that when you finally retire, there is a much greater potential to have more money and more wealth accumulation in your account.

Here is brief summary of the results:

The Importance of Attention to Detail:

This lesson doesn’t just apply to your 401k.  The same thing could be said for your traditional vs Roth IRA.  There are many things about your retirement accounts that appear similar on the surface.  But as you take a closer look and run the numbers, you’ll find that these kinds of differences exist.  This is very important to maximizing your wealth opportunity.  As we work and save year after year, we want to put ourselves in the best possible position to make as much money as possible for retirement.