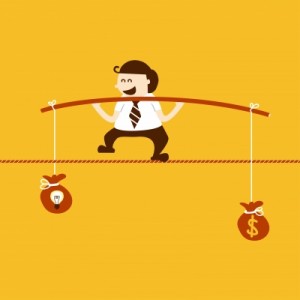 Every year, the IRS examines the rules and regulations that govern retirement account contributions to make sure they are in line with other economic factors, including inflation. Sometimes these rules change and in other years, they stay the same. In 2014, the SIMPLE IRA limits will stay the same as they were for 2013. This is important news for you if you intend to invest in or are currently investing in a SIMPLE IRA account.

What is a SIMPLE IRA?

A SIMPLE IRA is one of a variety of kinds of retirement plan options for self-employed individuals and small business owners. SIMPLE is short for Savings Incentive Match Plan for Employees and essentially, it is a tax-deferred retirement plan that allows employers with fewer than 100 employees to contribute a matching dollar amount to employees’ accounts.

According to the IRS, employers must match employees’ contributions up to three percent of their income, or they can choose to contribute a fixed amount of 2 percent for each employee as long as the employer contributes at least $5,000 each year. The key difference between a SIMPLE IRA and a 401k plan is that employers can lower their contribution to as little as one percent but only for a limited time. This can help free up income for small business owners during times of financial strain. Of course, the maximum amount that can be contributed is subjected to the SIMPLE IRA limits as set by the IRS.

SIMPLE IRAs function similarly to 401k plans in that the funds that are contributed to the accounts are made on a pre-tax basis. This effectively lowers the employees’ taxable income during their working years. Once they retire and begin taking withdrawals, however, they do have to pay income tax on the distributions. The penalties for early withdrawal are also in line with 401k penalties, with the IRS taking a 10 percent tax on any amount withdrawn prior to age 59 1/2.

For 2014, the SIMPLE IRA limits are set at $12,000 per year. If you are 50 years old or older, though, you can make a maximum contribution of $14,500. These limits are well above tradition IRA limits, but are still somewhat lower than 401k limits. If you are contributing to another retirement plan in addition to your SIMPLE IRA, you can make a maximum contribution of $17,500 for all plans. This amount is equal to the 2014 401k contribution limit for people under the age of 50.

The reason these limits are staying the same for 2014 as they were for 2013 is because inflation was very low over the past year. The government estimates the Consumer Price Index for Urban Consumers (CPI-U) was just 1.2 percent higher in September 2013 than it was in September 2012. The low inflation levels combined with the fact that SIMPLE IRA contribution limits can only increase by a maximum amount each year, the IRS kept the contribution limits the same for another year.