For those who want a secure retirement, and who have access to a 401k plan at their place of employment, it helps to know the general points of comparison between IRAs and 401k’s. It’s possible to have both at the same time, or opt just for one. For the vast majority of people who are saving for retirement, however, the choice is made for them. In other words, if your employer does not offer a 401k, then your default option for retirement security is an IRA. For the lucky ones who do have 401k offerings at work, here is a quick comparison between the two investment vehicles:

Both IRAs and 401k plans allow for tax deductible investing, even though the mechanics is a bit different. With a 401k, your employer usually makes the contribution directly from your pre-tax pay. With an IRA, you make the contribution and later deduct that amount when you figure your tax liability for the year. As far as tax deductions go, IRAs and 401k plans are equally beneficial.

Whether you have an IRA or a 401k, you can start taking mandatory distributions after age 59.5. For so-called “forced distributions, a 401k allows you to delay any distributions if you are still working for the employer who set up the plan. IRAs have no such allowance and will penalize you 50 percent of the mandatory withdrawal amount if you don’t take it in time.

In general, a 401k is more restrictive in this category. For example, both retirement programs charge a penalty for early withdrawal of funds to the tune of 10 percent, plus any applicable taxes on the unauthorized withdrawal. But if you are still working with the same employer who set up the 401k for you, you won’t be able to take the money out at all. That means the funds in an original 401k, while you’re still in the employ of that organization, are virtually locked in a vault until you retire or quit.

There is a caveat to the 401k being “locked in.” While you are still with the employer who set up the 401k, you can usually obtain a loan equal to half of the amount in the account. This percentage varies with employers and plans but it’s quite common to allow such loans. Often, there is a $50,000 cap on loans of this kind. As for IRAs, you can’t borrow against them at all. In fact, the only way to get money out early is to make a penalized withdrawal, for which you will pay a big price. Ten percent of the amount, plus taxes, is a hefty chunk of money in any circumstance. 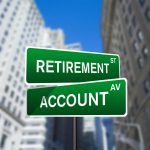