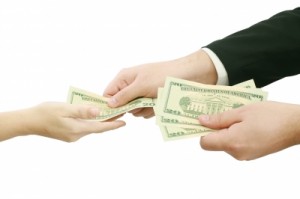 If you are in a position to inherit an IRA from someone who has passed away, you need to know there are specific rules governing these accounts. You could end up paying a fortune in taxes if you do not know the beneficiary IRA rules. For instance, if you are the spouse of the IRA owner, you have different rules than if you are a non-spouse beneficiary.

It might be a difficult time for you right now, but you have to make sure you understand how your loved one’s IRA funds are going to be handled so that you can get the most money possible in the exchange. Some of the beneficiary IRA rules are standard across the board, regardless of which type of IRA you are inheriting. Other rules are specific to the kind of IRA your loved one had. If you have any questions about the type of IRA you have, consult an investment specialist to look over the account.

IRA beneficiaries can be estates, dependents (including spouses and children) and any other person the owner wishes to receive the funds in an IRA upon his or her death. To designate a beneficiary, the owner of the IRA will need to contact the fund’s management company and notify it of the designation (just like with your other retirement savings accounts). You can usually download a beneficiary form on the company’s website and some even allow you to add or change a beneficiary directly through your online account.

To inherit a Traditional IRA, you must be named as a beneficiary on the account before the owner passes away. If there is more than one beneficiary named on the account, the person who has the shortest life expectancy will become the designated beneficiary as long as:

Most of the time, an account holder names his or her spouse and children as beneficiaries. If the spouse is not designated the primary beneficiary and the children secondary, then this rule would apply and the spouse would receive the funds because he or she would have the shortest life expectancy.

The beneficiaries of an inherited IRA are required by the IRS to include any distributions they receive from a Traditional, SEP or SIMPLE IRA.

Rules for an IRA Inherited from a Spouse:

In most cases, if you inherit a Traditional IRA from your spouse after his or her death, you will be able to roll the funds over into another Traditional IRA that has been established in your name. Your other option is to simply treat the beneficiary IRA as your own rather than rolling it over into a new account. The IRS will make the choice to name you as the account owner instead of rolling it over if:

In the event that you withdraw any of the funds in the IRA, even if you roll over the balance, you will have to pay taxes on the portion you withdraw. In addition, you will be subject to a 10 percent early withdrawal penalty if you are younger than 59 and a half. Of course, there are some exceptions to this rule:

Rules for an Inherited IRA from Someone Other than a Spouse: 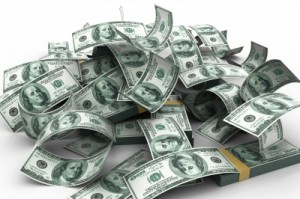 If you inherit a Traditional IRA from someone who was not your spouse, (i.e. your parent), you are not able to treat it as your own IRA. In addition, you are not eligible to roll over any portion of the IRA into your own account and you cannot make new contributions to the beneficiary IRA. However, as with the original owner, you will not have to pay taxes on any funds in the IRA until you begin receiving distributions.

In the event that the IRA owner passed away before taking any distributions, then these rules will apply to non-spouse beneficiaries:

All funds in the IRA must be distributed:

Since these rules require you begin taking distributions, you will not incur an early withdrawal penalty even if you are not yet 59 and a half years old. You will, however, be required to pay taxes on all distributions.