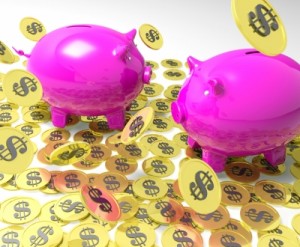 You probably already know that a 401k and IRA can be used to help you save for retirement.  Both are very similar in that they can help you to defer paying taxes on the money you save for a very long time.  But while they might seem alike on the surface, there are several small distinctions that may make one more attractive than the other as you’re deciding how to set your priorities for how to save.

So before you go make your mind to go with one versus the other, you should understand the differences between IRA and 401k retirement plans so you can make the best possible and most informed choice.  Here are a few of the highlights that separate both types of plans.

The Key Differences Between IRA and 401k Retirement Plans:

On our homepage we’ve already covered how a 401k and IRA are similar.  Both can be setup as either a Traditional or Roth style for your preferred tax treatment.  Both plans allow your investments to grow tax free for as long as they remain in the plan.

Here are the highlights on the major differences between the two retirement plans:

In contrast, an IRA is something you setup yourself.  With an IRA you can set it up anywhere you want (such as with an investment broker or bank) without any ties to your employer.  As long as you have earned income and are a taxpayer, you get to contribute to one.

Savvy investors will maximize their savings by contributing to both.

This is by far one of the biggest differences between an IRA and 401k.

One of the coolest things about a 401k plan is that your employer will often match a percentage of how much you save; sometimes higher than a dollar for dollar (depending on where you work).

If that wasn’t good enough, companies that give their employees profit sharing or an annual bonus can pay you additional funds on top of your contributions.

Unfortunately with an IRA your employer cannot put money in your plan.  The only money you get to save is your own.

401k plans don’t have income limits whereas IRA plans do.  With a 401k plan there are no limits as to how much money you can make to participate.  However IRA accounts are different. Both Traditional and Roth plans have income cut-offs where you are no longer able to deduct the savings or participate at all.

Unfortunately with a 401k you’re only allowed to save your money in the investment options they offer you.  While most plans are usually pretty diverse, some people have complained that the options are too limited.   With an IRA since you can set it up anywhere, you have full say on whether you want to invest in mutual funds, ETF’s, stocks, or some other type of asset.

Fees will likely be lower with an IRA.

Along the same lines of having more options with an IRA, you also will have a much easier time finding cheaper options for your IRA.   For example if you invest in a standard index fund, you can find one with an expense ratio as low as 0.05%.  That’s $5 for every $10,000!

Because you’re limited on your investment options with a 401k, you’ll notice a difference in cost – expense ratios often ranging from 0.5% up to 3.0%.  PLUS you have to pay administration fees just to cover management of the plan.

If you absolutely need to borrow money from your 401k, as long as the employer allows it you can withdraw a certain percentage from your account and pay yourself back within a set amount of time.

Unfortunately with an IRA you are not allowed to borrow from your account.

6.      You’ll have an easier time making an early withdraw from an IRA.

If your employer has some strict rules about taking early withdraws from your 401k plan (using a 72t or SEPP), you may find that an IRA is easier to access since you have full control over the plan.

Get the Both of Best:

As you read through each of the differences between an IRA and 401k, don’t rule one or the other out altogether.  Both are great tools.  Instead use the benefits of each to really take your retirement into overdrive.  The smartest of savers who seek comprehensive financial solutions will find a way to maximize both so that they reach financial freedom as soon as possible.