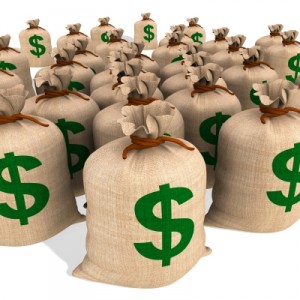 For as long as men have ruled other men, taxes have been a necessary way of life.  They fund the government and provide the civil services that we depend on in our everyday lives.  But as important of a notion as that is, no one likes paying them.   It’s something that we just have to do … but not always.   If you’d like to hang on to your money, then look no further than your retirement accounts to find the best tax saving investment – your IRA and 401k.

Why a Retirement Account is the Best Tax Saving Investment:

The biggest advantage to using your IRA, 401k, and other retirement accounts is this:

By putting your money into a tax sheltered savings account, the U.S. gives you the special privilege of deferring your tax payments until you finally withdraw the money in retirement.  Although this sounds minor, it really is quite a powerful incentive!

Here is an example:

Now let’s suppose both invest in identical investments that bring in the same 8% return.  Who do you feel will make the most money after 30 years and by how much?

How Much More You Gain with Tax Savings: 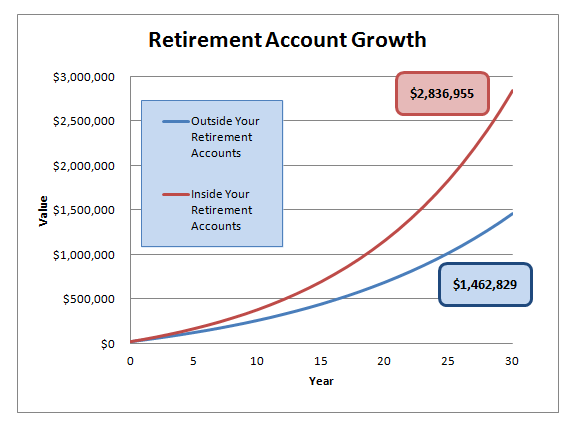 Wow!  By not having to pay taxes on both the principle (the money you put in) and the capital gains (the amount of money that the stocks grew), you could almost finish with DOUBLE what you would have!  That should be some pretty powerful motivation.

Remember – You Still Have to Pay Taxes:

This is the other side of the coin and can be a pretty significant consideration if you plan to be in a higher tax bracket when you are older.  For example: Let’s say in 30 years that you are significantly richer then than you are now.  (Congratulations!)  With that said, would you rather pay 25% in taxes or 35% in taxes??  In this case, there may have been some advantage to paying taxes on the money earlier in life rather than later.  This is where a Roth IRA may help.

However, let’s get back to one more advantage of having tax saving investments.  Person A even after they retire will have to pay taxes on the investment growth even if he doesn’t use his money for retirement.  Person B will pay taxes only on the money they take out while everything else will continue to grow tax free.  Again, that can be pretty significant in terms of making your money last for the rest of your life!

Take advantage of the best tax saving investment and put your retirement accounts to work for you.  You can’t really afford not to!